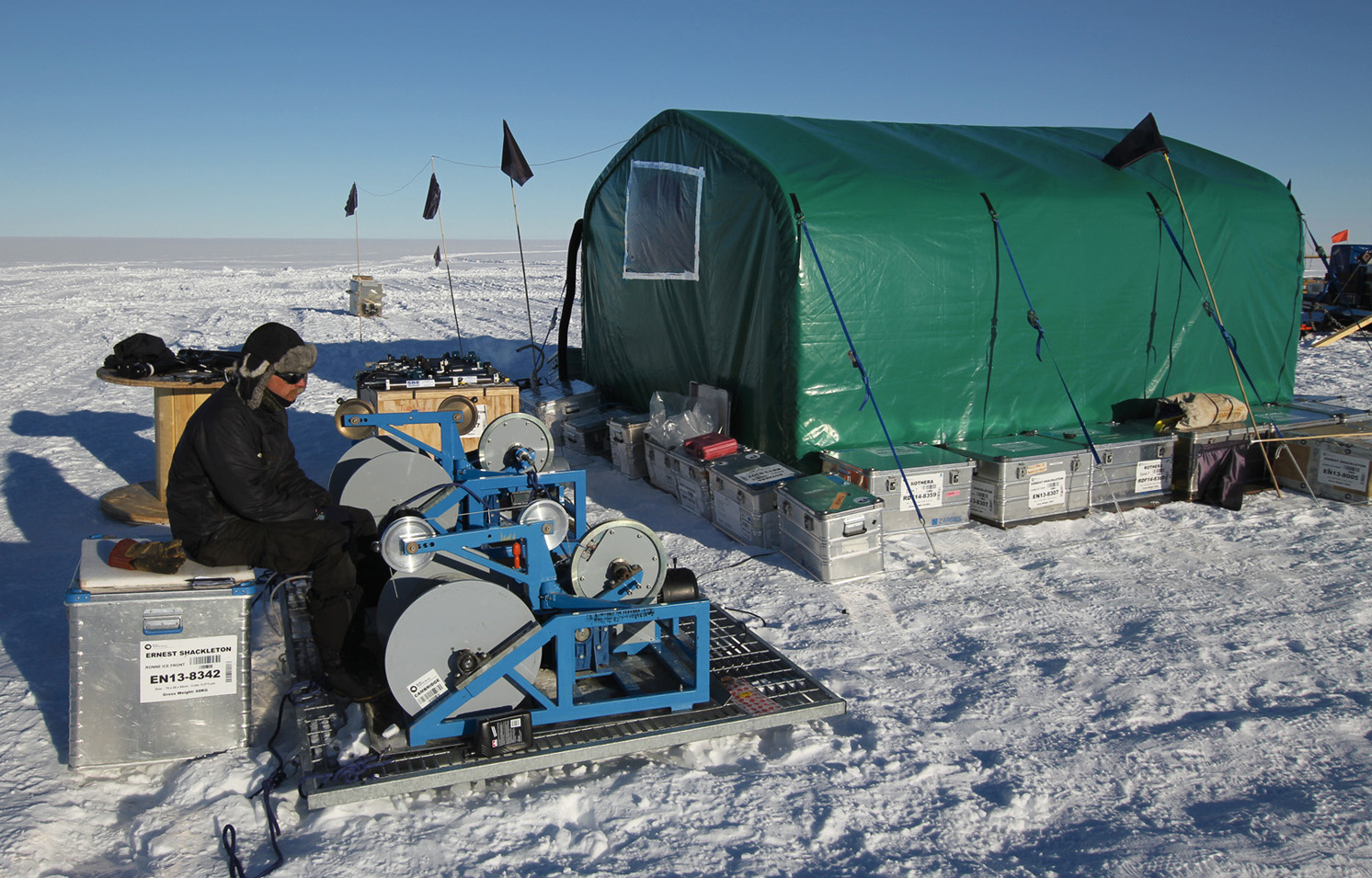 The British Antarctic Survey have two Robertson Geo 1000/2000m winches which have been used extensively both in the Antarctic and the Arctic for a range of down hole instrument deployments.

The shelf seas component of the Polar Oceans Group specialises in accessing the oceanic and sedimentary regimes located beneath floating ice shelves and grounded ice streams with the aim of collecting data to help understand the oceans effect on ice shelves and ice stream dynamics.

This is achieved utilising the technique of hot water drilling in which large quantities of snow are melted, heated to 95°C and pumped at a rate of up to 150l/min through a hose being slowly lowered into the ice. The technique allows the creation of 300mm diameter access holes through up to 2300m of ice in less than 24hrs.

Typical recent projects have created multiple access holes through the 900m+ thick ice of the Filchner and Ronne Ice Shelves in Antarctica.

Once drilling is complete the hole will begin to start freezing up meaning time is of the essence and work doesn’t stop for poor weather. Robertson Geo winches need to operate in conditions as cold as -30°C with blowing snow often covering the drum.