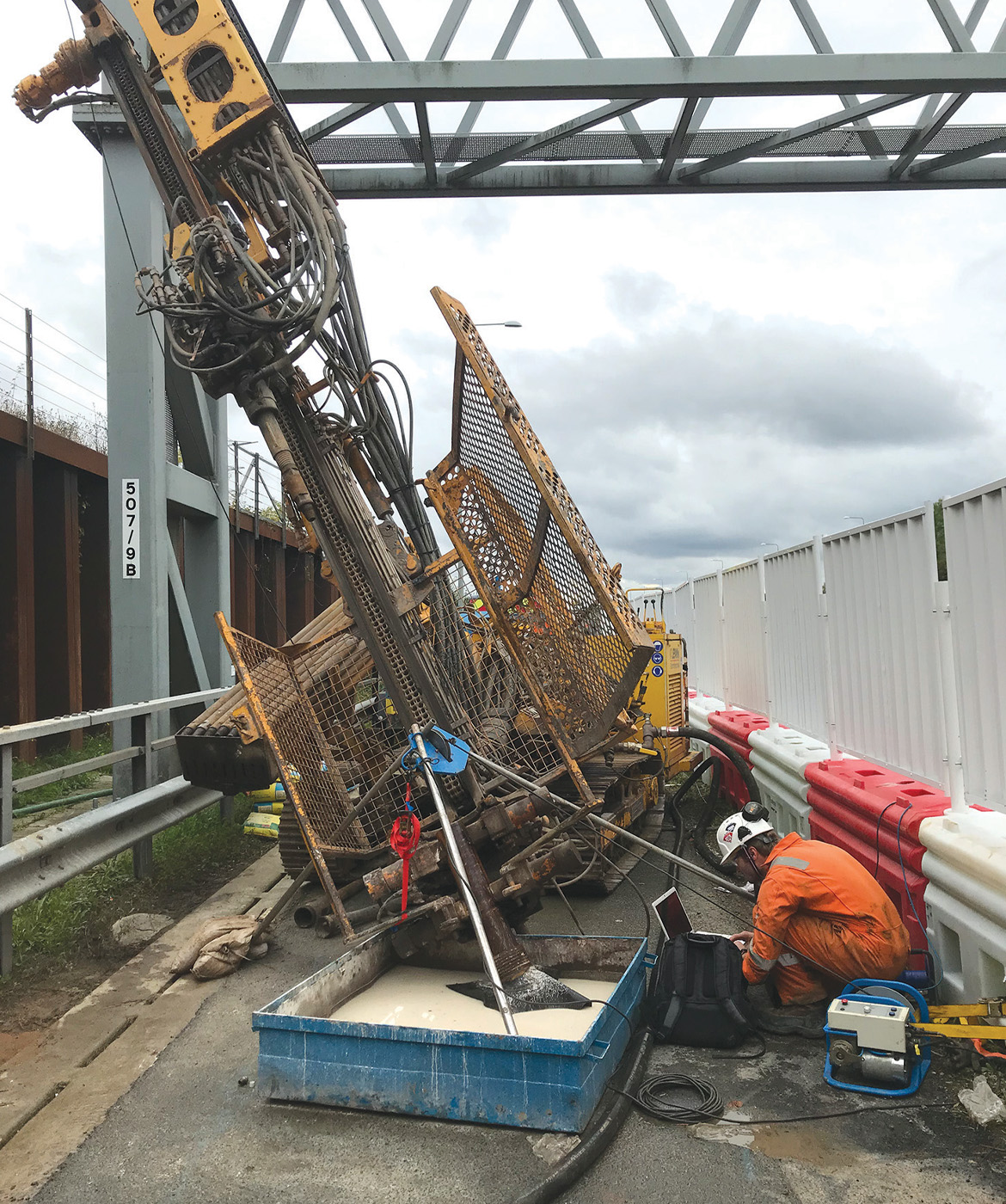 Not much room to work in

The new high speed railway (HS2) is due to run from central London through England, to Birmingham, Manchester and on to Glasgow and Edinburgh Scotland. As part of the ongoing work on the current phase of the project that originates in central London through to the railway hub of Crewe, United Kingdom, Robertson Geo was instrumental in the downhole ground investigation where the rail track is due to cross the London orbital motorway (M25).

The M25 is one of Europe’s busiest motorways, it would not have been practical to close it and drill boreholes in the traffic lanes. Instead, in order to investigate the ground conditions underneath the live carriageway, the client drilled 30° angled holes from a service layby into which Optical and Acoustic Televiewers and a Caliper probe with natural gamma were applied to acquire the data for the ground characterisation. 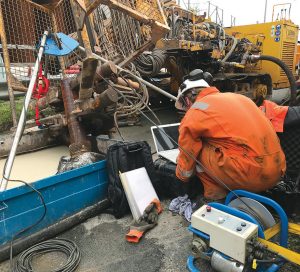 With this site being in a small layby on the side of the M25, there was not much room to work in and the portable Robertson Geo Mini Winch’s small footprint was essential for the deployment of the probes in a tight awkward space. It is portable, compact and robust – ideally suited to deliver long-term reliability under arduous conditions.