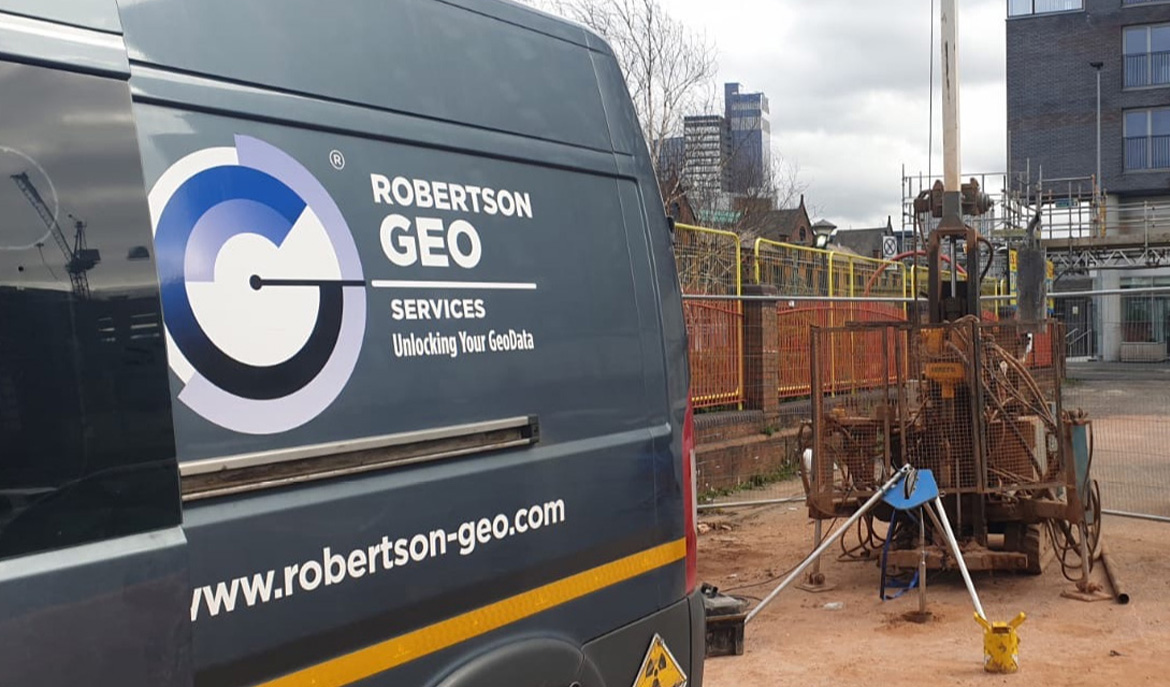 As part of the detailed ground investigations for the new build of a 55-story residential tower in Salford’s Greengate district (UK), Robertson Geo completed on-site downhole geophysical logging from one of its logging fleet of vehicles. Probes run were: Optical and Acoustic Televiewers, 3-Arm Caliper, Natural Gamma, Formation Density and PS Logger to investigate the structural elasticity (stiffness) in the rock formation. A sound knowledge of stiffness parameters at small strain is essential, if realistic predictions of the ground movements that may affect adjacent buildings and underlying infrastructure are to be deduced.

When combined the Formation Density and PS Logger probes provide small strain moduli data allowing the client to measure a formations ability to expand, compress and shear. This is critical when undertaking an infrastructure project of this size. 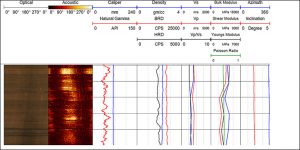 How the Formation Density probe works: When connected, the radioactive source at the bottom of the probe (usually Caesium 137) emits gamma radiation into the formation surrounding the borehole. The Compton Scattering effect means that these gamma rays are scattered by electrons within the formation, some of which are returned to the probe’s detectors. As the electron density within the formation increases the scattering effect is increased and the number of gamma rays reaching the detectors decreases. Detected count rate is dependent on the electron density of the formation.